Tag Archives for " kids and trauma "

Talking About Terrorism: 3 Things Your Children Need To Know 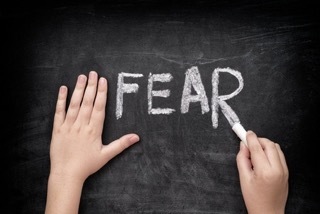 Forty-nine lives were lost in Orlando on Sunday morning. Forty-nine sets of parents were called to identify the bodies of the children they loved. It’s a parent’s worst nightmare, and a nation’s greatest fear.

With this tragedy and others like it, your children may be experiencing feelings of fear and confusion. They may be struggling with questions such as: Could this happen to me? Could it happen again? Could it happen to someone I love? There are no easy answers. We can’t pretend that the world always makes sense, but we can give our children a sense of security in the world in which they live.

So what do kids need to know when tragedy strikes?

Your Children Need To Know That You Love Them

Make sure they know your love for them is unconditional. It doesn’t matter how old your children are, they still need to know of your love. They need to feel valued by you.

When I was growing up, my parents expressed their love for me and my siblings frequently throughout the day. The language in our home was one of love and acceptance. Conversely, when my husband was growing up, his father never told him that he loved him. I found that to be heartbreaking. My husband said that he knew that his dad loved him, but he never heard his father utter the words “I love you” to him.

Now don’t get me wrong… his dad was a great man. But my husband’s father grew up as a cowboy in a small town in Idaho and “I love you” just wasn’t something that cowboys said. It wasn’t until I married into the family and frequently told Ray, my father-in-law, that I loved him (because that is just what we said to loved ones in the home that I grew up in), that he realized the impact those three simple word had.

After a few years, Ray started to try to verbalize his love for his family members. It was fun to watch the transformation. At first he was awkward about it and could not get the whole phrase out. I could tell that he was trying, but just couldn’t bring himself to say “love”. He got tongue-tied and often just mumbled the word “love” instead of articulating it.

Six years into my marriage, our four year old daughter was diagnosed with childhood leukemia. She was the oldest grandchild on both sides of the family, and the only granddaughter at the time. Ray adored Brittany. When he was faced with the fact that the possibility of losing Brittany to this deadly disease was real, Ray’s hard outer cowboy shell melted away. From that point on, “I love you” became a regular greeting and salutation from him. And he didn’t even mumble it!

It is easy to be frightened by the heinous actions of one man, a cowardly terrorist. These actions remind us how vulnerable we are. The wake of the Orlando tragedy left many victims: over a hundred either dead or injured, but rushing toward that hundred there are thousands more who are quiet heroes.

Your child needs to know that the world is made up of good people… people who want to help each other, people that make a positive impact in a community that is struck by terror and grief.  Point out to your child who these heroes are.  Have discussions with your child about the goodness of these people.

In the oft-quotes words of Mr. Rogers, “When I was a boy and I would see scary things in the news, my mother would say to me, “Look for the helpers. You will always find people who are helping.” John Oliver put it more directly: “It kind of reminds you that that terrorist dipshit is vastly outnumbered.”

Help your kids find news stories about the many heroes who put themselves in danger to help during the attack, and about all the people who continue to help. Kids need to see that for every person who commits an act of evil, there are thousands more who will stand together for good.

Your Children Need To Know That They Can Make A Difference

One of the best ways to overcome fear and sadness is to take action. A terrorist act can leave your child feeling powerless and helpless. Teach your children that every one of us has the power to do something. Even a very young child can pray for those that have been impacted by this tragedy.

Help your child to find ways to make a difference, however small, in just one person’s life. Maybe it’s coloring a picture and sending a note of love and support to someone who has experienced a loss as a result of this tragedy. Maybe it’s taking an elderly person in your neighborhood a flower that your child picked out of your garden. Or maybe it’s just mowing a friend’s lawn as an act of service.

A child’s self esteem is not formed as a result of awards or trophies he has won, but by the way he feels about himself when he serves others.

One of my favorite quotes goes as follows:

Here are a few other ways that you can help your child make a difference in the lives of those that have been impacted by this tragedy:

Many schools now teach children that it’s not enough to simply not be a bully. Anyone who knowingly allows another human being to be teased or tormented is a bystander, but not an innocent one. Instead, children are encouraged to be “upstanders”, standing up for the dignity and rights of others regardless of their differences.

Kids won’t learn to be upstanders simply by talking about it in school. As Momastery writer Glennon Doyle Melton explains, “Children are not cruel. Children are mirrors. They want to be “grownup,” so they act how grown-ups act when we think they’re not looking.”

Regardless of your own lifestyle or beliefs, you can always choose to show love, respect and tolerance for those around you. Your example will inspire your children to stand up for those in their own circles, making your community a safer, more supportive place to be.

The most impactful lesson that our children can learn as a result of this tragedy is that they too have the power to change the world.